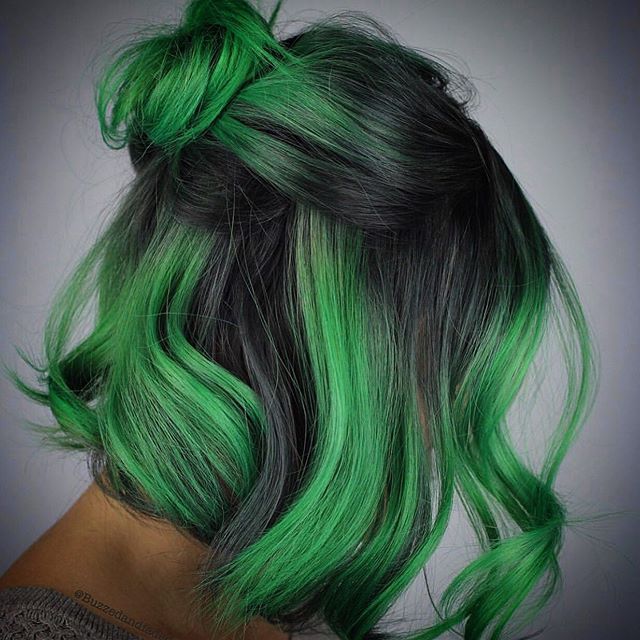 Dreams were always her sanctuary. It was understandable when the last beacon of peace is interrupted, she would be distressed. But this dream, unlike the rest, the good, was too real. The running around make her lungs heavy, as if it all happened in reality. The strain it took to get away from him left her body feeling so tired, in pain, sore. So much pain, so much fear that made her postpone opening her beautiful green eyes. But shutting them tight wouldn’t prove useful, as the day was gonna go on it’s way, not minding her or her problems. But the bed was her place. That brief fraction of a second where she laid still, without a single care in the world, not belonging to the fade of the dreamland nor the horrifying depiction of reality, where she just… exists, forgotten in time by the world, in that mere second where no obligation can be tangled with her. But it was just a second after all, and not a moment more, as the alarm clock went off. Can she knock it off? Will it brake and reward those few precious minutes that she would normally take for granted? Nah… she can’t afford to destroy it, as broke was the definition of her current monetary status. But who’s fault was it then? Was it perhaps some complex conspiracy theory where the shadowy figures behind the stage curtains were plotting her demise? Nah, nothing of that sort… It was her fault, and unfortunately she was well aware of it, but never admitting to it openly. All those little acts of rebellion that she showed the world (mostly her parents) that independence ran through her veins, resulted in a shitty job signing names in a leger, a 20 square meter apartment that by the looks of it used as her closet, as the little furniture she had was covered in dirty clothes. They wanted her to go for higher education, but to her it wasn’t useful, she probably made some stupid remark how it poisons the mind of scared youth that already don’t know what to do with their life, something along that line. Then came the cold shoulder, not talking or listening to anyone, acting like a complete asshole, cutting her hair far too short, putting a single strain of light neon green in her hair. Then the famous while you live under my roof speech came. And she was gone. She wanted to prove everyone that she needs no one. But the glamourous dream of a stylish city life turned into a struggle. But there was no backing up now. She couldn’t take her tail between her legs. So she started to see goodness in every ugly moment, in every crack she saw an opportunity.

But right as she laid on the bed the opportunity had slipped. The crack between the ringing of that ugly sound made her realize this was one of those moments she couldn’t make pretty, no matter how much she tried. And with one growl of an angry beast, she managed to pull up, throw something on herself from that pile and run off to the mindless work of a drone she was forced to do. Because, hey, we all have to eat, right?

The routine of the morning made it possible to shut her mind off, as the body knew what route to take, what steps to get down, what tram to get in. And suddenly she found her consciousness awake, holding a railing, looking at the floor. Looking around she noticed everyone lost their focus looking down, below, at their devices, probably wanting to numb the pain of the meaningless life they led. But no device, no book or video would make her forget her problems of being irrelevant. Because she was. If she jumped out of this tram, hitting her head on the ground and passing away, who would really care? Parents, who were constantly disappointed by her choices? Her friends, who didn’t muster up the nerve to see even if she was still alive? Yea somehow it seemed like no one really gave a damn, not even her. Gazing through the window she had let her mind wonder, in hopes it would bring a thought of freedom, of salvation. She imagined running on the rooftops, jumping around, soaring through the air, flying as the wind caressed her green hair. But as the tram sped up near those buildings, with the blink of the eye, something about them changed. With every eye movement, those skyscrapers changed their shape, some new became old, rusted and destroyed, while in the places where there was nothing, a new one appeared. She closed her eyes and opened them back again in fast intervals, making it seem more like the affection of a stroke then self will. And with every time her sight was clear, she would be greeted by a new image, as if the environment changed in front of her every time she would open her eyes. Panic trapped her heart, as she wasn’t sure what was going on. Was she losing her mind? Whatever it was, her safest bet was to get her head down bellow, again watching the floor, minding her own business. And so she did. Panting, hyperventilating, she dropped her head down below as much as she could, just trying to catch a whiff of fresh air into her lungs. But all it had done was bringing her body to the point of passing out. Luckily the voice on the intercom informed the passengers that they were getting near the station. Her stop, now she could get out of this tin can that somehow seemed getting smaller and smaller.

As soon as the door opened, she was the first out, rushing out, bumping into people, knocking their things to the ground, not wasting a second to apologize. She didn’t want to risk it. Not now. Something was wrong. The images in front of her changed shape and size, with every blink new objects would appear that usually weren’t there. She required a sanctuary of walls, a safe haven where she knew every crack on the wall, there no more illusions and hallucinations would make real. As much as she hated her workplace, right now it was the only place that would keep her mind safe. Right now what she required was the dullness of that four walls. But to get there she needed to go through all these people, to get down from the platform to the street. Like one of those little cars on the festivals, she bumped her way through the massive crowd, with her head bowed down. No strength was left that was enough for her to lift her eyes straight. Somehow she managed to get down from the platform to the street, navigating herself from memory. “Just few more steps.” She thought to herself, shaking with fear from the unknown. As her feared induced brain was preoccupied with how many steps there were left, she didn’t notice a man standing in the middle of the street as she walked straight in him. “I am so, so sorry!” She extended her apologies to the man, while she still looked down below. But the man didn’t say a word, not even being agitated by her rushing into him. “I apologize sir! I hope you are all right?” No response. She looked at his shoes, noticing how strange they were, almost metal like. “Well I hope you have a nice day, I have to go otherwise I’ll be late for work..” The man still didn’t say a word, neither did he move away, still holding his ground in the exact same position as before. “Oh come on man, do I really need…” As she raised her head to see what was wrong with him, a thunderous scream came from her lungs. The man was motionless, almost as if he was dead, standing on his two feet. His face mutilated, with several scars on his bald head that had some kind of metal plating, and his left eye glowed with a bright red color, as if it was mechanical. His clothes resembled rags of your average homeless man, but with a strange material that she haven’t seen before. As she screamed, the man stared at her, slowly pulling his hand to her, as if he wanted to grab her. From sheer fear, she closer her eyes tight, peeing a little as that was the only action her body seemed to deem worthy in a situation like this. As she held them shut, awaiting her end, she thought about her life and all the poor choices that brought her here. Oh boy what poor choices she made. The pointless rebellion, the failed relationships and friendships. She thought what would life be if only she listened to her parents, to her friends, when everyone around her told her what a massive mistake she was making. She imagined herself in collage, graduating to be something important, someone big, not a loser. She imagined big houses and grand vacations and… She realized that she imagined for a bit too long. Why is nothing happening? Should she open her eyes? No, no way! Perhaps just running away with her eyes shut would prove fruitful. Nah she can’t. She must. She is stronger then this. OK. One. Two. Three! As she immediately opened her eyes, she saw no on was in front of her. Turning around she saw no one was there. “What the…” No! She won’t stay here and think about it. Her legs became again her own, as she used them to run the rest of the way, grabbing what little safety she had from work.